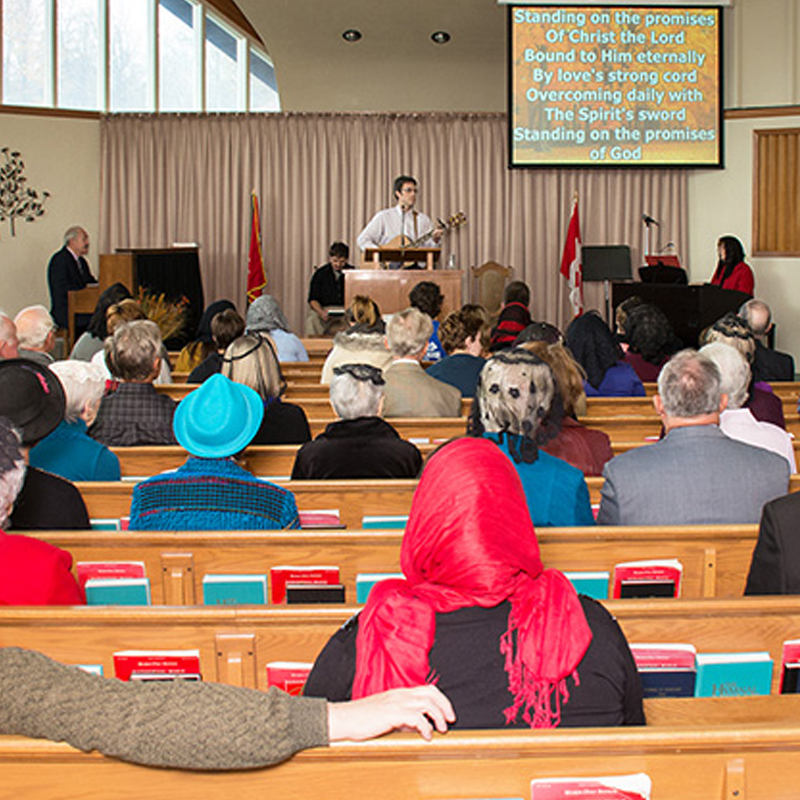 We have been servants doing the will and work of God. Jesus said in Luke 17:10 “In the same way, when you obey me you should say, ‘We are unworthy servants who have simply done our duty’.

In 1963 there was a burden about an Evangelical outreach in the North end of Peterborough. By the fall of 1964 ten families had started the work with a Thursday night Bible study, and prayer meeting in a local home, an offering was taken each week at this meeting towards the new work. Children’s meetings were held in the Queen Elizabeth School, and a door to door visitation was part of the building of the new work.

In March of 1965, the chapel was completed and the first meeting was attended by fifty-six adults and children. Within a short time an additional ten families joined, and by 1967 there were approximately eighty people in fellowship. The first baptism was the 2nd of January 1966, with eleven people going through the waters of baptism. Since that time we have had 2 additions built onto the Chapel, the gymnasium in the 70’s and the addition for the Bible School in the 80’s. God has continued to bless the work at Edmison Heights Bible Chapel, and our prayer is that God may continue to work through God’s people for His glory.